Eva Morgan’s New Adult murder mystery sleuth novel about modern day Sherlock Holmes and his Girl Friday, next door neighbor, Irene Adler–a broken woman who lost her sister. Will Irene be able to solve the murder before the killer’s next victim is Sherlock in this contemporary ‘Who dun’it’? Eva Morgan is offering a

Giveaway to win a Kindle Fire for anyone who reviews Locked before 04/10/2014. 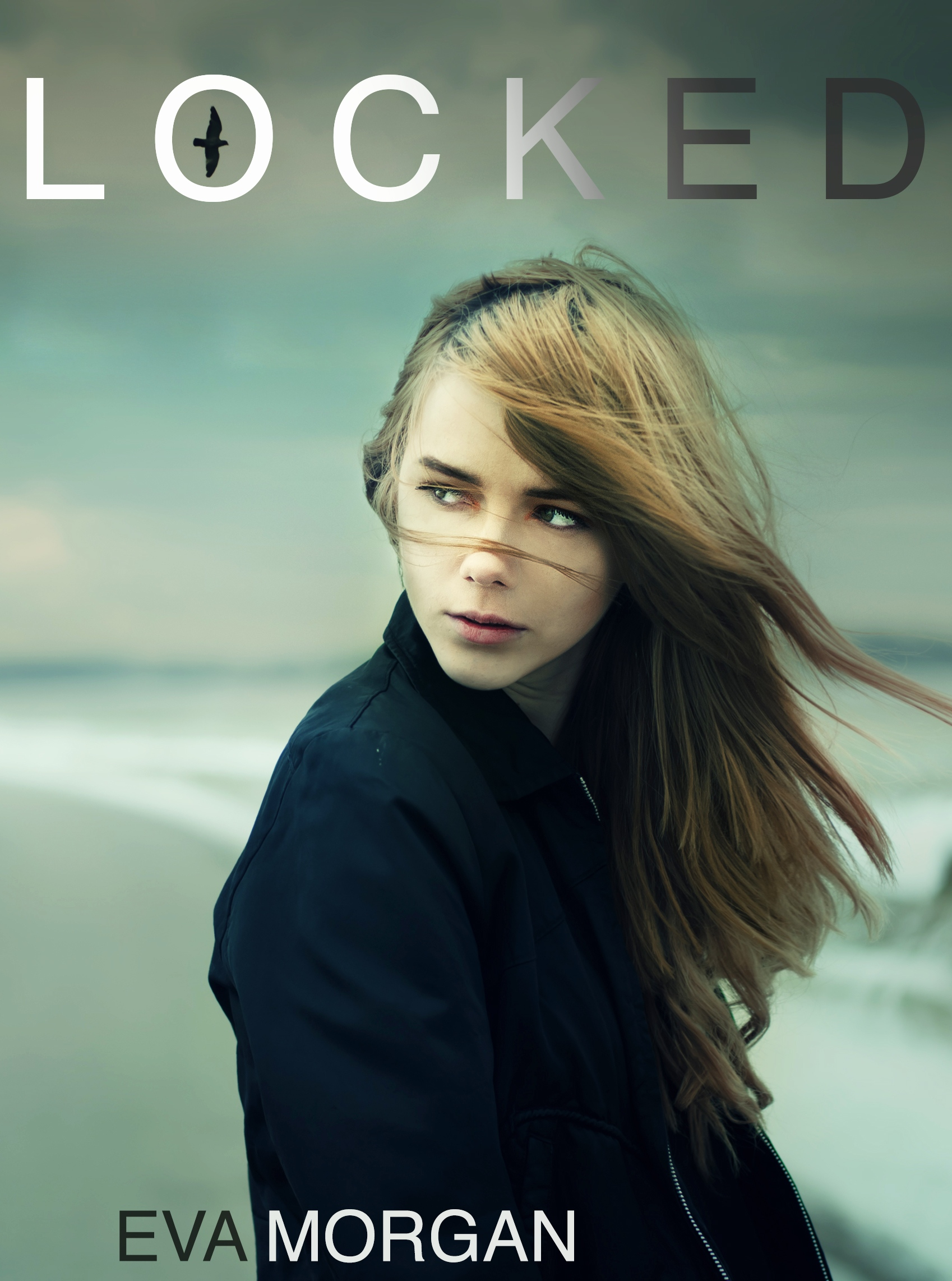 Eighteen-year-old Irene Adler hasn’t cared much for living since her sister died.

Until Sherlock Holmes moves in next door. Sherlock is a conceited, sharp-cheekboned nightmare—and Irene’s first real friend in ages. Within a day, he’s partnered with her to solve their school’s mysteries. Within a week, he’s saved her life in more ways than one. Within a month, the whole school thinks he’s a murderer. When Sherlock is found alone with a dead girl, he and Irene must crack the case under a hailstorm of hate—before the killer comes after the genius who gave Irene her life back.

Eva Morgan is an author in her twenties, although she’s mentally about fifteen. She’s been a Sherlockian her whole life, and is a self-described giant nerd. She spends most of her day writing. The rest of the time she’s shoveling snow off her New England porch.

Eva Morgan on All The Things In Between:

Any Day That Ends In YA – Locked by Eva Morgan

The door opens and my new neighbor is a vampire.

He’s nearly a foot taller than me. Unruly ink-black hair, and a face made of knife angles. If I were obnoxious, I might use the term shockingly attractive. Or terrifyingly handsome. Holy mother of balls would also be an option. His eyes are crystalized, glittering, and they get even more diamondlike when he sees the casserole.

I swallow. “I’m glad you like casserole so much…”

“What? No. No.” He waves at me distractedly and yells into the house, “Casserole, Mycroft! Not potato salad!”

There’s an echoed “damn” from the living room.

“Knew it the moment I saw the garden gnome,” says the vampire to the universe at large before directing his voice back to the living room. “That means I get the upstairs bedroom.”

“Um…sorry.” I always apologize to people when I have no idea what to say. Safest thing to do.

He has a British accent. The girls at Aspen High will lose their minds.

“Wait, no,” I say. “I mean, I wasn’t actually apologizing for anything.”

“I assumed you were apologizing in advance for boring me with the standard introductions, which I would actually prefer to get over with, so: I’m Sherlock Holmes, you’re someone whose last name is Adler, going by the surname on your mailbox. No, I don’t find it a particularly lovely neighborhood. No, you’re not invited inside for tea. Goodbye.”

And the door slams.

I check myself to see whether or not I’ve been hit by a truck, because that’s what it feels like. No truck. Nobody tasing me, either, which was my next guess. I shuffle the casserole to my left arm and buzz the doorbell two more times.

The vampire answers it again. No, not vampire. Sherlock. He’s pale like one, though. It makes his eyes even more alarming.

“We’re not big fans of Girl Scout cookies,” he says and tries to shut the door again, but I stick my foot in the way.

“What the hell is your problem?”

Sometimes my anger outpaces my anxiety and later I’ll regret it, but not yet.

The person with easily the weirdest name I’ve ever heard raises an eyebrow. “Did you really want the tea that badly?”

“It’s not laced with arsenic or anything.”

“If it were, that would make you much more interesting than I believe you are.” His eyes flick up, and I might as well have just slid through an MRI machine.

I should be nice. Sherlock is reading very low on the social skills meter. Someone like him probably doesn’t get a lot of nice. “Okay. So…you’re my age, looks like. My first name is Irene, by the way. Not on the mailbox. You’re transferring to Aspen High, right?”

He does this pained twitch. “I’ll save both of us some time. I don’t do this.” He gestures.

“Not about things that don’t matter, no. We’re not going to be friends, I’m not going to come round your house after school to do homework, if you ask to borrow sugar I won’t give you any. Now goodbye.”

The door bounces off my foot again. At this rate I’ll need crutches. “Yeah, no, I don’t want your sugar. I just thought it would be nice, since we’re neighbors, to get to know each other a little. But obviously—”

“I already know as much about you as I’ll ever need to,” Sherlock cuts in.

I hunt through my mind for the part that keeps my lungs working. My stomach wrenches and I will myself not to throw up, like I did when the car finally settled on its back and I unhooked himself from the seat belt and got a good look at—no, stop, don’t go there.

“Nice trick. Been talking to my mom? Looked us up online?” The words fall from me like rocks. “You got one thing wrong. It’s not insomnia.”

“Damn.” His face ices over again. “In that case, what keeps you awake at night? I assume you’re not crying over your sister. You two didn’t get on. You were always the favorite. She must have resented that. People do. And you, let’s see…you were ashamed of—”

One moment, Sherlock is loosely holding the casserole. I move and then it’s slathered down his front, clumps of it splattering on the porch, the flakes of burnt cheese dotted across his collarbone. The dish clatters to the ground.

“Oh my God.” The pain is sliding farther and farther back, the scene in front of me getting crisper. “Oh God, I’m sorry—”

There’s surprise in his expression. An expression that’s been so flat that any hint of emotion stands out like white on black. There’s a tiny bit of hurt there too, almost unnoticeable. I want to yell well what did you expect, but instead I turn and run.

When I get back to the house, my heart is beating so fast it hurts. I scream into my elbow without making a sound.

“What are the new neighbors like?” my mom calls from upstairs.