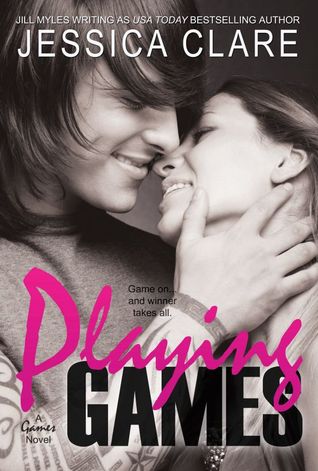 It’s been a few months since the world met World Race team, Reality TV sensations, Katy Short and her international rockstar partner, Liam Brogan. The two have become quite the romantic pair and since their visit to HouseGuests it’s been on the lips and minds of all–just how things are going between these two World Race winners.

Thank you both for finding the time to speak to me. It’s nice to check in with the winner’s of The World Race to see what you are doing these days. Have you been doing any traveling since your big win?

Katy: Other than our visit to the HouseGuests show, I’ve mostly been at home.
Liam: I did a bit of traveling to move closer to Katy, but no world-hopping on this end. I’m happy wherever she is.

I think the audience was 50/50 on your romance being successful after the end of the race. How are things going for you both?

Katy: We’re great, actually! Couldn’t be better.
Liam: Well, we could if her brother would go away. But other than that, yeah. No complaints.

And do you have any big plans for this holiday?

Katy: It’s our first one together, so it’s mostly trekking around to visit families. Mine’s a lot closer than Liam’s is, so we spend more time with them than with his family. After a day or two with his, Liam’s ready to run back to Oklahoma again. *smiles*

Katy, have you been whipping up any special delightful confections for this festive season?

Katy: It’s not exactly a Christmas recipe, but I made peanut butter pie and it was terrific. It’s a tradition in my family, and Liam had never tried it before, but I think he liked it!
Liam: Whatever Katy makes is amazing. Don’t let her be modest. She’s a genius in the kitchen.
(Katy smacks Liam on the arm playfully.)

Liam is looking like he has gained a few pounds from eating your sweets since the end of The World Race or is it just that he is preparing to play Santa this year?

Have you been in touch with any of the other World Race contestants? Any chance there will be any holiday reunions?

Liam: We spent some time earlier this year with some of the HouseGuests cast at the reunion show, but we spent a lot of time this year around other people, so we kind of wanted to retreat and be alone as much as we could. That’s not exciting, I know, but I like waking up and knowing I don’t have to do anything that day except maybe drag Katy back to bed.

Just what sort of presents were on the list you both sent the Jolly Man Up North this year?

Katy: I wanted to get Liam a new guitar, but everything he has is better than what I could afford. So I went for silly gifts like socks and um, personal stuff. *blush*
Liam: I wrote a song just for Katy. Corny, I know, but she’s my girl.

Do you have any traditions from your childhood that you will be continuing this year?

Katy: Christmas presents on Christmas morning! Liam wants to open them as soon as they appear under the tree, but I absolutely refuse. It’s something we’ve argued over a bit, but so far I’m winning.
Liam: She thinks she’s winning. I’m just letting her have control for the moment. Trust me when I say that those presents will be unwrapped before Christmas Day. *winks*

Liam, do you have a favorite Christmas song? Have you written any holiday songs?

Liam: I like ‘O Holy Night’. As for writing a song…nah. That’s a little too out of my range. I’m more into metal and guitar solos. Hard to squeeze one in while celebrating Christmas and not have it seem forced.

I’m sure this is going to be a joyful season for you both. Is there any Christmas wish that you have that you would like to share with all of us?

Katy: Gosh, I don’t know. I’m pretty happy right now, so I guess I wish everyone could be as happy as we are. *smiles*
Liam: What she said. And peace on earth and stuff.

Thank you both. Happy Holidays and I hope you both have a great New Year!

Katy Short and Liam Brogan are characters from Jill Myles book Playing Games, written under the name Jessica Clare. The book is part of the Games series which also includes the books: Wicked Games

Weekend Pick Me Up – Playing Games by Jessica Clare