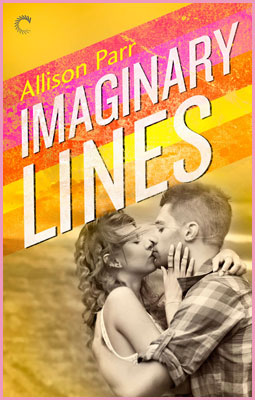 What is it about sports dudes that makes sports dude heroes so yummy? Let’s be fair, you, like me–I’m going based upon stereotypes, my own prejudice, and life experience–probably grew up in the library. In high school I knew sports dudes, even dated one or two but I was a nerd and a weirdo. Girls who read books and dudes who run around smacking other dudes on the butt and shower circle in different environs. Scratch that; we live in different worlds. We girls who read books live in fantasy worlds that will one day lead us to read about sports dudes. Boys who hit their heads repeatedly and run fast live in the real world where they get mad play. In high school we generally resent them for being dicks and idiots and they think we are prudish cows.

How do we get to books like Imaginary Lines from that sad origin?

Well… as we get older we find that regular fiction books alone don’t sexually complete us, we yearn for the experienced weiners who are attached to well formed dudes that have some notoriety. And why not? Makes good reading. Not to mention we live in hope that dicks and idiots can grow up and we can not just look at them but we can talk to them and keep them too.

Ali, so bitchy! Forgive John Whatever-whatever his name is already. He was not the only dude that fell asleep while on the phone with you. So what he wanted to get it on with you… he was just a dirtbag quarterback and you were a skeevy metal girl, you made sense for the two minutes you dated him in 9th grade. You were 14. It was over 25 years ago. David always buys your ice cream and fro-yo now, you don’t have to pay your own cone anymore. LET. IT. GO!

Tamar Rosenfeld has one guy for her and it is Abraham Krasner. The two have grown up with one another and not only has she know that he is it for her but she has watched him grow into the NFL quality football player that she had every faith he would one day become and that has landed him a place on the New York Leopards. What happens between him leaving for the big leagues and her own step into the real world is a time of no contact and bad feelings is a big black hole of resentment stemming from an ill-timed comment from Abe’s mouth which Tamar overhears when he friendzones her for a sleazy-time girl whom he can never take home to mom and doesn’t have to respect in the morning. Sometime a guy wants a cheap, greasy, burger that won’t satisfy for long rather than a steak dinner and young Abe Krasner wants the entire burger menu after he finds he’s been drafted. Tamar is his steak; you don’t waste steak for the thrill, you savor it. Abe has every intention to savor his steak, even if he is blinded by his own self importance during his mad five minutes of initial fame.

Imaginary Lines is based on the theory that men are dumb and since I agree I thoroughly enjoyed it. Abe reconnects with Tamar after his years of Tamar draught and wants to drown in her and basically finds that he’s on Tamar rations. She is a spectacularly feisty character and although I am not a fan of that shifty, What-I-am-doing-will-bite-me-in-the-duppa-later plot line I still really dig-dug the way this story works this out. You have Tamar’s villainous boss, the villainous doings of the NFL endorsement politics, Tamar’s treacherous heart and it’s jenky villainy when it wants to give in and she wishes to stay mad at Abe the Babe! Allison does a great job of handling a huge cast of book characters and cameoing players and couples from past books.

I didn’t catch that this was the third book in the series when I picked it up, sometimes these things sneak by me. This book is a great stand alone so it doesn’t need to be read in order with the rest of the series, there is no issue at all picking it up as is. I do have to say that I did immediately fall in love with Rachael from the first book, Rush Me. She is an awesome character and I think she added to Imaginary Lines and really pulled it into the series. I have not read the previous books but Rachael was enough to pique my interest in going back.

This is a fantabulous book! I recommend this and if you like it but you want to go in another sports direction please try Collette West’s Kings Series.

Allison Parr on All The Things Inbetween: 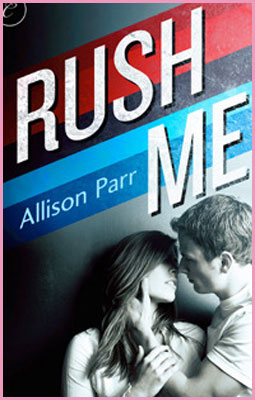 When post-grad Rachael Hamilton accidentally gatecrashes a pro-athlete party, she ends up face-to-face with Ryan Carter, the NFL’s most beloved quarterback.

While most girls would be thrilled to meet the attractive young millionaire, Rachael would rather spend time with books than at sporting events, and she has more important things to worry about than romance. Like her parents pressuring her to leave her unpaid publishing internship for law school. Or her brother, who’s obliviously dating Rachael’s high school bully. Or that same high school’s upcoming reunion.

Still, when Ryan’s rookie teammate attaches himself to Rachael, she ends up cohosting Friday night dinners for half a dozen football players.

Over pancake brunches, charity galas, and Alexander the Great Rachael realizes all the judgments she’d made about Ryan are wrong. But how can a Midwestern Irish-Catholic jock with commitment problems and an artsy, gun-shy Jewish New Englander ever forge a partnership? Rachael must let down her barriers if she wants real love–even if that opens her up to pain that could send her back into her emotional shell forever. 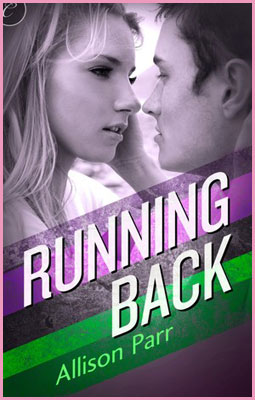 Natalie Sullivan is on the verge of a breakthrough most archaeology grad students only dream of: discovering a lost city. Her research points to a farm in Ireland, but to excavate she needs permission from the new owner: the Michael O’Connor, popular NFL running back.

On TV Mike seems so charming and good-natured that Natalie figures getting his cooperation will be a breeze. So she’s not prepared to deal with the arrogant—and adamantly opposed—man she meets in person. Or the way one look from him sends shivers down her spine…

Determined to kick-start her career, Natalie travels across the Atlantic and finds herself sharing an inn with Mike, who has come to Ireland in search of his roots. She tells herself her interest is strictly professional, but the more she gets to know him, the harder it is to deny her personal attraction to the sexy sports star. And when Mike confides why he refuses to allow the dig, Natalie must decide if she can follow her heart without losing sight of her dreams.