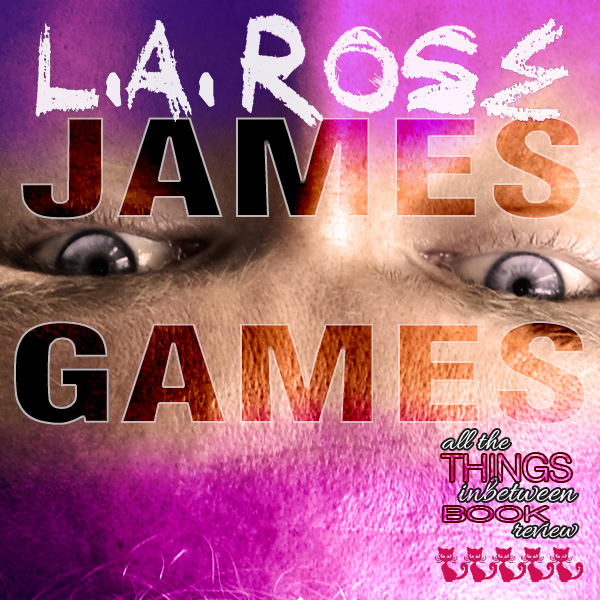 Oh if I could have had a king size bar of James Reid back in the day, I’d have been socially acceptable in college. I had my own problems in my hay-days but my hazy days were not as bad as Fiona’s hazing days. It’s a long story… well actually it’s a book, but in a short summary: Fiona has decided that she is going to burn away the girl she once was in a blaze of glory in this new life known to all the normal people as higher education. At a concert where she is trying to push her way to the front row she encounters a great looking dude who challenges her rather devil-may-care stare with a try-me-sweet-thing look. This explodes into a fiery passionate hot time, in which Fiona finds herself in a locked closet with a stranger having the hottest sex of her life. Later to learn that he is the prize that she is not allowed to touch, talk to, know, acknowledge, look at, think of, or remember having ever having met due to the rules her sorority, Phi Delta Chi, have for winning a date with his magnificence with at the end of the year.

There is just one problem. James doesn’t want her to forget their interlude and he has no intention of letting her. Again, a problem I’d have given good money for during my days at Penn State.

Poor Fiona. It’s almost like James has it out to have her be the girl in the crossfire with the girls in her school club! Her answer is to fail every one of the tasks given to win the contest to get the James Reid Booty Prize at the end of the year. She has help in losing the challenges from the evil step-sorority-sister, Sigrid, who senses Fiona’s awesomeness and desires bringing her down to the level of the rest of the mortals. Of course, Fiona’s own inclination for self-destruction combined with the forces at the source, of-course-of-course, wishing to do their-worst-their-worst, in her sorority house start tipping the scales to the point where recklessness and danger meet with maliciousness and intent. Soon Fiona’s actions aren’t just bringing repercussions down on herself but down on those for whom she cares. Oh no! Trouble! Trouble!

I loved this books. James is a yummy, naughty, humble character and he has a lot of complexities to his character that make him all the more enigmatic. L.A. Rose reveals bits and pieces of his past throughout the book in a way you aren’t aware you are getting information until the end. It doesn’t hurt that he’s damaged in childlike way that works antithetically to the sexmuffin James who spends all night smacking your can and cha-chaing you deep and sweaty-like through the night.

James has spent a lifetime fighting his fame; in a lot of ways he’s like Adrian King, the model in Adrian Lessons, a legend on campus, but virtually unknown to all, but friends–and James has very few of those in reality. So when he meets and gets hooked on Fiona, what actually draws him to her is that Fiona, grew up in a culture that didn’t have access to his celebrity and she didn’t know to be in awe of him. What keeps him with her is that she doesn’t lose her head.

I’m in love with L.A Rose and I really love this book and Adrian Lessons. I think she has a great voice for College Romance. The humor in this novel is freaking spectacular! There are times I belly laughed. The dialogue is sharp and witty. The plot is well paced and she knows when to story break and how to pause for effect. This is one of my favorites. I would dress as a chicken to prove it! 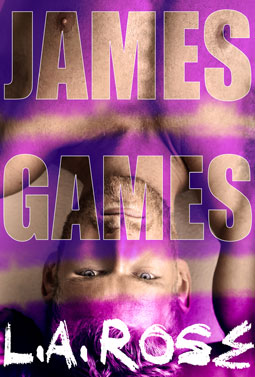 No girl but the winner can touch him.

Fiona miiight have unknowingly banged his brains out last week.

Losing the competition may mean wearing a chicken suit to the sexiest Halloween costume contest, but she’d rather have feathers up her butt than let the truth out.

Unfortunately, she and James have lots in common and more chemistry than the science wing. Soon they’re sneaking around behind the backs of UCSD’s hottest and most vengeful girls.

If they find out? 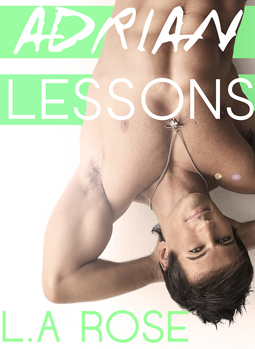 If there’s one thing Cleo Reynolds knows, it’s that she’s not into Adrian King.

The son of a model with the looks to prove it, the experienced author of her school newspaper’s sex advice column, the cocky playboy with a hint of darkness. That Adrian King.

The problem is, he’s very into her.

After accidentally flashing him, and slightly-less-accidentally-but-still-totally-unintentionally making out with him in front of the whole class, she expects to be called crazy. Instead, he asks her out.

Cleo’s determined not to end up as another notch on his bedpost. Except she hasn’t done…you know…it in a while. (Read: ever.) And as a girl who pays her tuition by writing all the sex scenes in her roommate’s bestselling romance series, the lack of inspiration has served up a fat slice of writer’s block.

Until her roommate proposes that Cleo and Adrian act out all the steamy scenes in her book.

I hear footsteps outside and throw myself into the hallway again, yelling at a white scared face rising out of the darkness. “YOUR MOM DOESN’T EVEN USE TOENAIL POLISH REMOVER SHE JUST SCRAPES IT OFF WITH HER TEETH!” I howl. The Freshman boy jumps out of his skin and pelts off. I chuckle. The next scarer down is Iris, who lunges at people with fake blood dripping down her face. She, too, is in her element.

I retreat back inside my cave. As they have whenever I’ve had two seconds to myself for the past few days, my thoughts turn to James. I’d thought we were getting close, but I’ve hit a wall. It’s like he’s locked up inside himself and he doesn’t know the way out.

Getting to know James is sort of like exploring this haunted house. It looks scary and sometimes you turn an unexpected corner and get yelled at by someone in a troll mask …actually, I guess it’s not that similar.

More footsteps outside. I shake my shoulders to psych myself up and then hurtle through the black curtain, shrieking “YOU QUOTE MOVIES YOU’VE ONLY SEEN GIFS ON THE INTERNET–oh. Hi, James.”

People usually leap back by this point, so I bump into him a little bit. He takes my shoulders and studies my hideous troll mask. “Is that you, Fiona?”

“Who else would come up with such creative and intelligent insults to scare people with?” I smile over the sound of a zombie moaning in the distance, but I shuffle my feet. I haven’t talked to James since that night. “I’m surprised you’re here. You didn’t strike me as a haunted house man.”

“I’m not.” He’s so tall that he has to bend his head in the little maze we constructed. “I needed to see you right now, and I knew you’d be here.”

“Me?” Down the hall there’s nervous conversation. A group of two. They’ll be here any minute.

“Hang on.” I glance down the hallway to make sure that Iris doesn’t have her beady eyes on me and then I hustle James into my troll cave. It’s a tight fit. I’m practically forced to sit between his knees, his scent warm and familiar under the gross chemical smell of fake blood. “Now we can talk.”

He takes a breath. “I wanted to apologize for snapping at you the other night. You didn’t deserve that. You’ve been nothing but a friend to me, and I guess I don’t deserve that.”

A pang slices straight through my heart, like the loud clear note of a bell. Not the kind of pang I’ve ever had about a friend. I press my hand to my chest.

“I think so. My heart just did something weird.”

His brow furrows in the dark. “Maybe you should see a doctor.

“Maybe…anyway. It’s okay. I understand. I was pushing you. And by the way, you do deserve me. Which is pretty much the highest compliment I’m capable of paying, because not everyone does. One sec.”

I leap out of the curtains to scream “YOUR SHOES ARE LOVELY TODAY,” at the two sophomore girls, who grab each other and flee. It’s important to compliment sometimes too.

I duck back inside. “Somehow I ended up caring about you, James. And that’s not something you can just get yourself out of. Once I like you, I’m a for-life type of girl. Like hepatitis. And nothing you say is going to change that.

L.A Rose recently made it out of college alive and with an English degree. She’s a habitual beach bum and a not-exactly-recovered romance addict. She’s also plucked up the courage to become an indie author! ADRIAN LESSONS, a New Adult contemporary romance to be released on August 25th, is her first book – if you don’t count the ones she wrote before she finally came up with something publishable. (She prefers not to.)

L.A. Rose on All The Things Inbetween: