Storytellers is a unique Nordic Historical Fiction with a splash of suspense set in 1920 Iceland. Hermit, blacksmith Gunnar can’t imagine being known for much at all when he finds himself embroiled in a tale spun by a suspicious wealthy stranger. Soon he finds himself the center of more attention than he could ever conceive; storytellers are everywhere.

Readers should be excited to delve into the historic Nordic cultural traditions in this novel; and the idea of a storytelling as a craft should excite anyone who enjoys a good narrative. 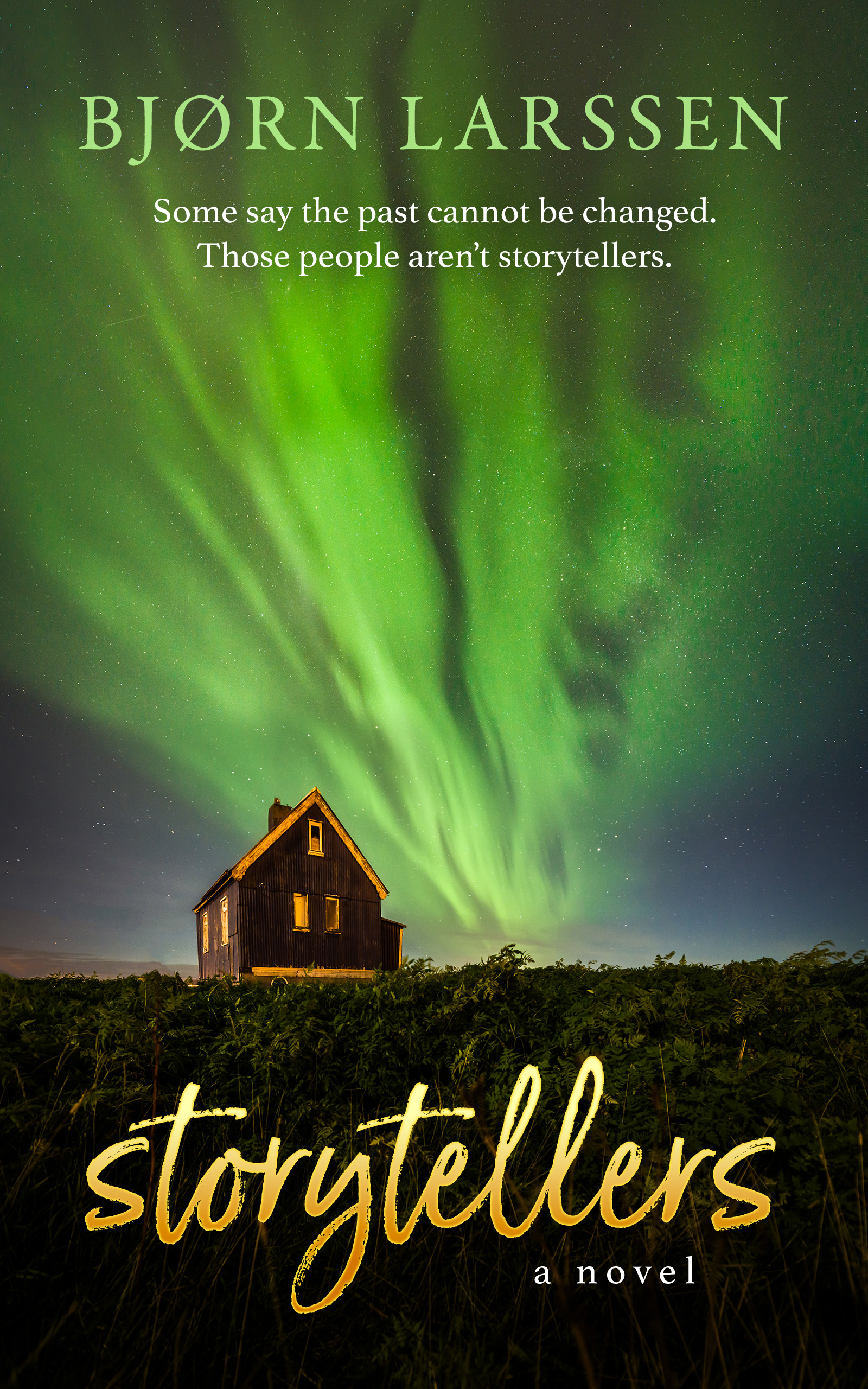 Some say the past cannot be changed. Those people aren’t storytellers.

In March 1920 Icelandic days are short and cold, but the nights are long. For most, on those nights, funny, sad, and dramaticstories are told around the fire. But there is nothing dramaticabout Gunnar, a hermit blacksmith who barely manages

to make ends meet. He knows nobody will remember his existence – they already don’t. All he wants is peace, the company of his animals, and a steady supply of his medication. Sometimes he wonders what it would feel liketo have a story of his own. He’s about to find out.

Sigurd – a man with a plan, a broken ankle, and shocking amounts of money – won’t talk about himself, but is happy
to tell a story that just might get Gunnar killed. The blacksmith’s other “friends” are just as eager to write him into stories
of their own – from Brynhildur who wants to fix Gunnar, thenmarry him, his doctor who is on the precipice of calling for
an intervention, The Conservative Women of Iceland who want to rehabilitate Gunnar’s “heathen ways” – even
the wretched elf has plans for the blacksmith.

As his defenses begin to crumble, Gunnar decides that perhaps his life is due for a change – on his own terms. But can he avoidthe endings others have in mind for him, and forge his own?

Bjørn Larssen is an ex-blacksmith who has written stories and essays for many Polish and American publications including: Rita Baum Art Magazine, Writer Unboxed, Inaczej Magazine, Edurada.pl, Homiki.pl, and Holandia Expat Magazine. Read more about Bjørn Larssen with the Storytellers media kit or visit his website.