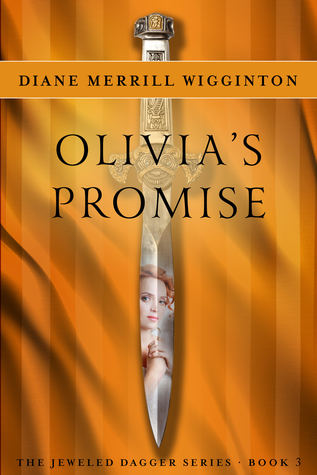 Let’s start with a short author self-introduction. Who is Diane Merrill Wigginton? 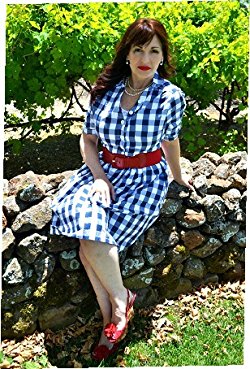 to be a kind, compassionate person, who loves life. I grew up in San Diego, California where I made friends easily, went to school in Mira Mesa, and had a best friend named Gigi growing up. We got into a lot of trouble together. In fact her father once said, “That one of us could lie, and the other would swear to it.” He was right, we were thicker than thieves. Side note, she is still among one of my dearest friends, even though she lives in Eagle, Idaho, in the Boise area and I live in Herald, California, near Sacramento.

I spent my summers on my grandparent’s farm in Burley, Idaho, riding horses, herding cattle and taming wild kittens I would catch in the haystacks. It was an ideal lifestyle for me because I was such a dreamer even then. I would come up with wild scenarios, then act them out as I played by myself or with my younger cousin Chrissy. My grandparents, Orvil and Florence Merrill were the best and they gave me and my brother David room to roam and explore to our heart’s content.

I lost my beloved grandmother the same month I turned eighteen and I was devastated. My grandfather passed away a few years later. He never got over the loss of his best friend and wife. They had been very young when they married, sixteen and seventeen. I found their love very comforting as a child and I still marvel at how much they loved each other as an adult. I have been married to my sweet husband, David since March 20, 1998. We have a his, mine and our family since we were both married before. We have five sons, one daughter and five grand kids, with a sixth grandchild due in June. Our youngest son Ethan just turned eighteen last November and my husband and I are looking forward to retiring in a few months and spending more time together.

We plan to travel and get to know each other all over again. I look forward to introducing my Jeweled Dagger Series out to the public and then being able to do book signings and pressing the flesh, so to speak, with everyone. That has got to be one of my favorite parts of being an author. That and seeing my words in print. Telling a story never ceases to thrill me.

So what was the inspiration for the Jeweled Dagger Series?

To be perfectly honest I had dreamed of being a published author for many years and didn’t see it ever happening for me. I was a Registered Dental Assistant for 16 years before retiring to have my last child Ethan.

When we moved to Herald I opened a daycare in my home and have been doing that for the last 16 years. I began writing just after my 50th birthday in 2013, and there were several pivotal factors that led up to my writing seriously. January 2011, I lost my brother David who was thirteen months older than me, due to complications of pneumonia, caused from a family genetic condition called X-Linked Agammaglobulinemia Anemia, which he had from birth. The name is truly a mouthful, but basically his body did not produce antigens or immunities, so he got sick easier than normal people. These days they have medications that help, but in our younger years they didn’t understand much about the condition and his lungs were damaged by illnesses.

Then in October of that same year, my Father, David Sr. called me to say that he had just been diagnosed with cancer. While talking to him I knew that it was terminal. Call it a premonition, but I knew I was going to lose him well. It turned out to be stomach cancer that had spread to his liver and other organs. My father passed away the first week in December and I was devastated all over again. Needless to say, 2011 was a very bad year for me.

Eventually I came out of my depression and gained a deeper understanding of God’s will. I let go of my grief, choosing to move forward. I began to realize that life was short and it had a shelf life. I had a dream to be a published author I needed to get on with it or find a new dream. To make a long story even longer, I began writing Angelina’s Secret in the summer of 2013 and finished it six months later. I loved the process of telling a story and discovered that it helped to heal me.

Angelina’s Secret is the first Jeweled Dagger novel, who is Angelina?

Angelina is bold, beautiful, independent, strong willed and soon learns that she has psychic abilities that she didn’t know about. Angelina becomes entangled with a Pirate Captain who captures her family ship and wins back her freedom by chance. Upon returning to London she is celebrated as a hero, but she feels like a fraud. Meanwhile Angelina discovers that she is psychically linked to a madman who is killing women in London and if she doesn’t figure out why, she just might become his next victim. I love her strength because she is the strong minded, outspoken woman I wish I was. She is also a flawed individual, which endears her to the reader and makes her human.

From the book blurb, the hero of Angelina’s Secret is a Historical Romance ‘bad boy’. What is the recipe you use for a good rebel with a cause?

Jude is a man who had his heart broken and takes what he wants without impunity or remorse until he runs into the feisty, strong willed Lady Angelina Stewart. She is the whole picture. Intelligent, opinionated, independent and loyal. He decides he is willing to take any risk to make her his own, even if that means putting himself in danger by trusting her with his secret. Basically, becoming vulnerable. After all isn’t that what we all dream of? A man who loves us unconditionally and is willing to be vulnerable for us.

Authors of Historical Romance genre often get pigeonholed into time period novels. Do you have an aspiration to branch out after you finish the Jeweled Dagger Series?

That is a great question Ali and yes, I do have aspirations other than Historical Romance. Although great romance stories are my passion. I have been kicking around an idea for several years now, about a young lady who emigrates to America, from Ireland and her journey. I’m considering making this book a young adult fiction. It would revolve around the great potato famine and the death of her mother, who was the cornerstone of the family. I haven’t decided if there will be a romantic aspect to the story yet, but I definitely want to write something that speaks to a younger audience.

I have also written 2 picture book stories, that would definitely be for a much younger demographic group. I am looking for an artist that can make my children’s pirate adventure and fairy story come to life. So, you see, I delight in the unexpected and diverse things in life, as well as doing the unexpected. Life is too big and wonderful to only write in one voice and genre. I say if you have something interesting to say, why not sing it as loud as you can. Hopefully on key. That way more people can hear you.

Many people aren’t aware of the struggle Indie authors face when having to be their own art director, publicist, and manager. What have you found to be the most challenging aspect of self-publishing?

I have struggled with the advertising, marketing aspect of being an author. You put on one hat to be an author, another for editing and then another when designing the cover and interior portion of your book. Then a publicist hat goes on as you spread the word about this fabulous book you just worked hard to produce and then you try this and that, to see what works for you. It isn’t easy because it is all a lot of trial and error.

What can we look forward to in the coming Jeweled Dagger Series?

Where do I start? The series begins with Angelina being surprised with a sea voyage for her 19th birthday then coming face to face with a band of Pirates and more specifically a handsome pirate captain that insists he is a Privateer. When she wins her ship back in a game of chance, you might think that she returns home and life returns to normal but actually the adventure is just beginning. Cue the romantic interlude & intrigue and let’s not forget about the psychotic stalker roaming the streets of London murdering women. Angelina discovers her burgeoning psychic abilities and finds that she is linked to a madman. There is a lot of action, suspense and of course love scenes. After all it is a love story filled with secrets that need to be kept.

Book 2 is Isabella’s Heart, which picks up 20 years after book 1. Isabella has a twin brother, Charlie, and the two of them are very much linked to each other on a psychic level. On the eve of their 19th birthday, Charlie and his two school chums are abducted and Isabella witnesses the entire event unfold even though she is far away at an all-girls boarding school. Needless to say, it is up to Isabella to rescue the young men from the devil himself, because of her unique set of skills. Isabella sets into motion events that force her to reconcile with her estranged family and place her faith and life in the hands of a broodingly handsome, Irish mercenary captain to save Charlie and his friends.

Book 3, Olivia’s Promise, takes us another 20 years into the future with Olivia and her younger sister Coco, both of whom have abilities. Olivia can see and speak to spirits but has been shamed by society into ignoring her gifts, until one day when her best friend, Lilly comes to her in the middle of the night unable to remember what happened to her or ever where she has been. Olivia and Coco set off on a sea voyage, crossing the ocean to America, on a desperate mission to discover what happened to Lilly. Olivia is determined to make the person responsible pay. Again, there is a lot of action, suspense and romantic entanglement. I just love the entire series and how one flows into the next. The women are strong, fearless, each in their own unique way. I truly enjoyed creating this series. I had the best time imagining their different personalities and who knows, there may even be a 4th book later down the road. My editor insists there be a fourth book because she wants to know what happens next.