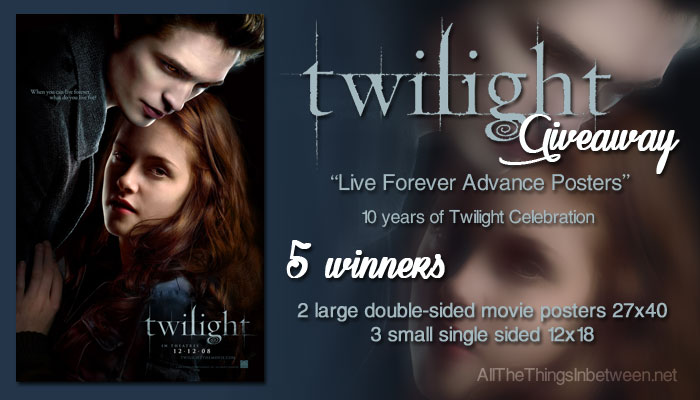 In celebration of 10 years of Twilight and Stephenie Meyers’ release of Life and Death Dual Edition. What better way to swoon your way back to the beginning than with a touch of the past?

In the summer of 2008, San Diego Comic-con promotional posters for the upcoming Twilight movie. The posters had the film release with the expected date of 12.12.2008; these are not theatrical release which show the date of 11.21.2008. These are the original release posters known as the “Live Forever Advance Posters”.

Five people will be selected to receive one of these posters, each. The giveaway will end 12.21.2015 and there are many ways to enter. Don’t sit back and wish, enter and win! 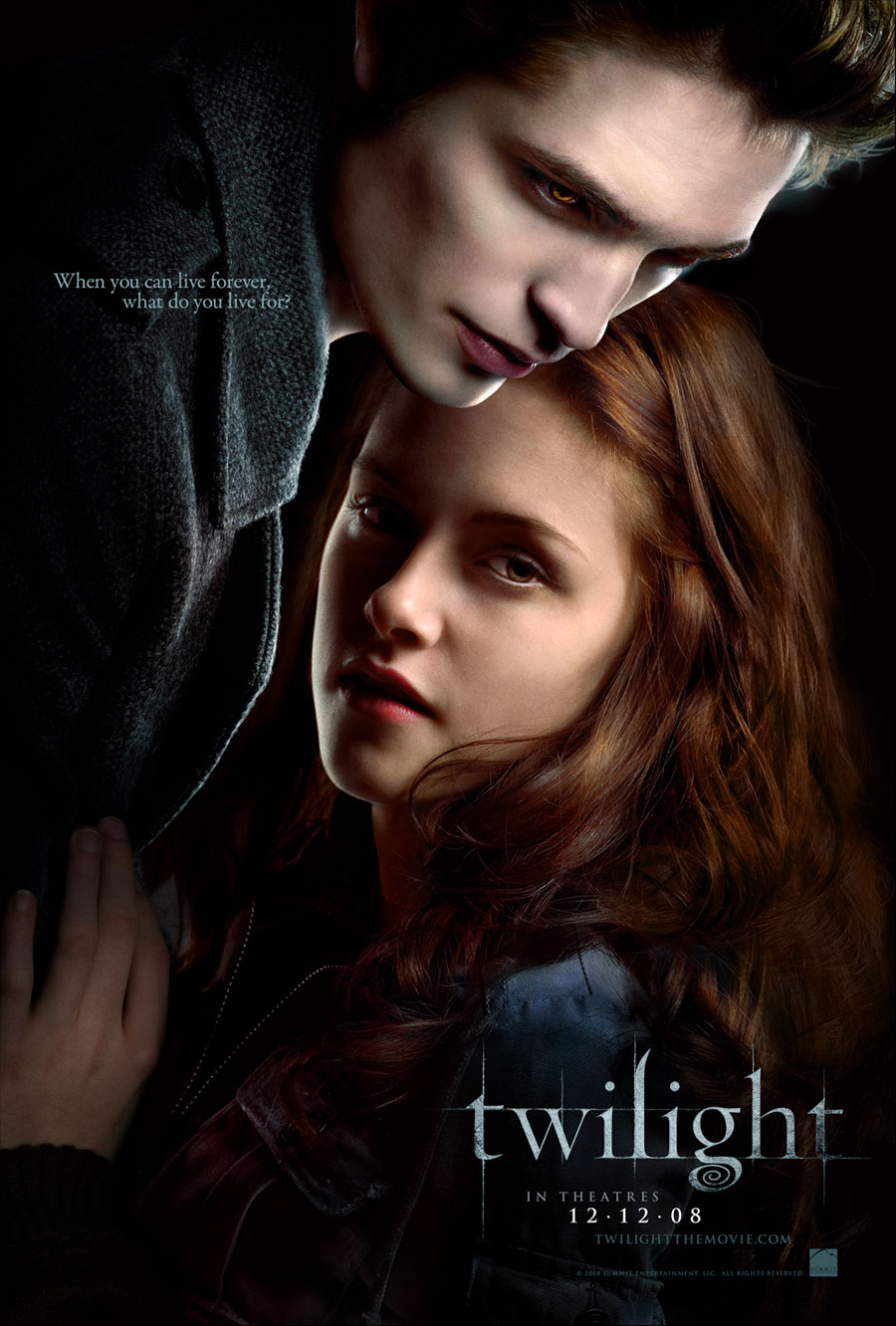