Do you need help de-suckifying a few guys you’ve dated? Maybe a few men you would like to date and you want to have a guarantee they won’t suck? Or maybe de-suckifying your own love life a little? CeCe Osgood has a sweet deal to make The Divorced Not Dead Workshop more kindly for your budget for the next week. From July 8 -14, 2014 The Divorced Not Dead Workshop will be on sale at Amazon for only 99¢. Where else can you get a cruise self-improvement workshop for such a low price at this time of year? Thanks, CeCe! 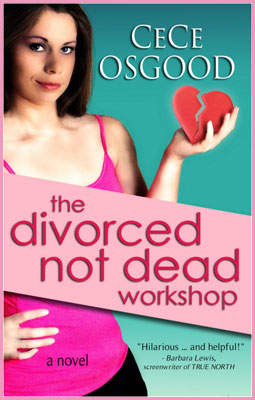 The Divorced Not Dead Workshop Synopsis:

Divorced five years and recently dumped by Theo, Dorsey Bing brainstorms about a dating workshop for divorced people. Too bad she’s an idea person with zero follow-through. That changes when her pal, Pilar, sets up the workshop, puts herself in charge and gets Dorsey to be her “gofer.” Dorsey’s widowed stepfather Ralph, and his bride-to-be, Audrey, ask Dorsey to join their wedding cruise to Cabo, which will be held on the same weekend. Dorsey and Pilar nip that problem by holding the workshop during the cruise. But do things ever work out as planned. No. No, they don’t.

Everything goes topsy-turvy with a startling mishap, rebellious workshop attendees and the arrival of Audrey’s good-looking but wily nephew Finn. More trouble comes with the unexpected re-appearance of Theo. Will Dorsey and Theo revive their relationship? Will she discover Finn just might be a back-stabbing rat bastard? Facing failure and heartbreak, Dorsey must tackle her biggest challenge if she’s to win the love, and life, she’s always desired.

Purchase The Divorced Not Dead Workshop: 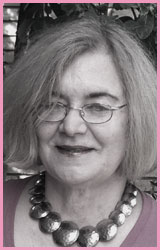 CeCe Osgood lives in Texas after many years in LA working in the film industry. Her writing career includes magazine articles and screenplays as well as being a freelance script analyst (main client HBO). She also has had two screenplays optioned.

Being a novelist has been her lifelong dream, and now it’s becoming her reality. Her debut novel, THE DIVORCED NOT DEAD WORKSHOP, a romantic comedy with a whopping side dish of chick lit aka lighthearted women’s fiction, is about dating after divorce. She loves red wine and hates pretzels.

CeCe Osgood on All The Things Inbetween:

CeCe Osgood on The Internet: