Sheridan Anne author of Dark High School Bully Romance series Broken Hill High has announced the spin-off Haven Falls series. I had the chance to ask her a few questions regarding her new novel and the Haven Falls world. 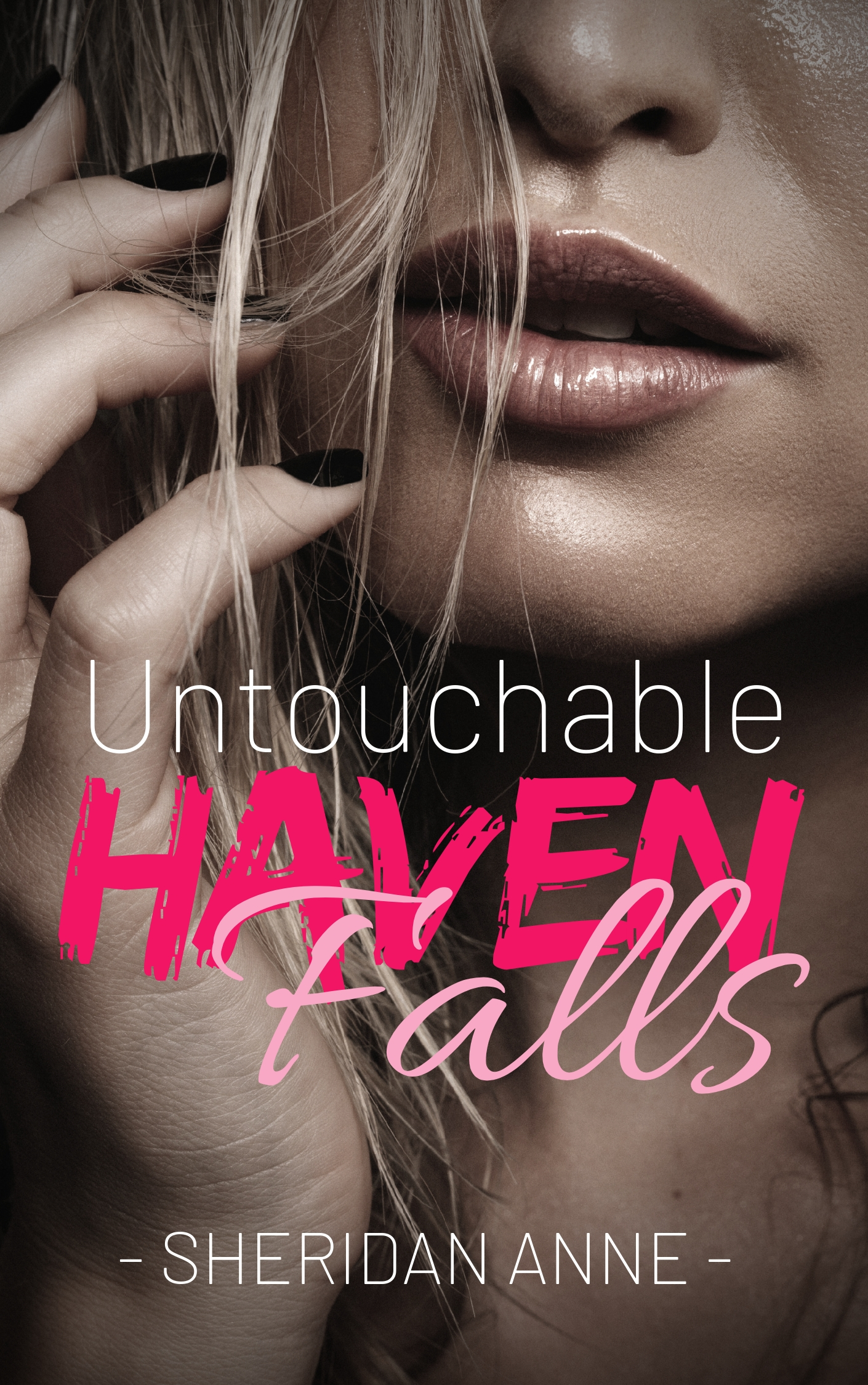 Ali: Can you tell us a little bit about the new Haven Falls series?

Sheridan: The Haven Falls Series follows the main character Henley Bronx. Haven Falls is ‘the wrong side of the tracks.’ It’s the place you don’t want to be, which is exactly where Henley Bronx finds herself. She’s down on her luck and feeling more alone than ever, she watched her mom leave and now her best friend has ghosted her. She’s the toughest MC I’ve ever written and has one hell of a backbone. In walks tatted up, drop-dead sexy bad boy Noah Cage. He’s exactly what she doesn’t know she needs.

Ali: Who are the main characters of Untouchable?

Sheridan: The main characters are Henley Bronx and Noah Cage. We have some pretty awesome supporting characters thrown in there too. Noah has a twin sister Tully and best friend Rivers.

Ali: Will you be introducing a new irresistible sidekick to steal scenes and hearts?

Sheridan: Definitely! Don’t I always? This is where Rivers and Tully fit in. Tully is so much fun, she’s just what Henley needs in her life where Rivers is a bit dark and mysterious.

Ali: Haven Falls is a spin-off of your Broken Hill High series and Noah Cage is a friend of Nate Ryder, can we anticipate any crossovers?

Sheridan: There’s nothing I love more than a crossover! We see plenty of our favorite characters from Broken Hill. I guess you’ll just have to read to find out which ones!

Ali: Do you need to read Broken Hill High series before you read Haven Falls?

Sheridan: No, not at all. Haven Falls is a completely standalone series. However, reading Broken Hill gives you a deeper understanding of the world I’ve created, and besides, who’d willingly skip out on reading about Nate Ryder?

Ali: Is there anything we should know before we read Untouchable?

Sheridan: That this series is going to draw you in just like it did for Broken Hill. Be prepared to read more than just the first book! Henley and Noah are going to take you on a crazy, emotional, sometimes gut-wrenching ride, but it will all be worth it, so freaking worth it!

Ali: What is the release schedule for the Haven Falls series?

Sheridan: Book one of Haven Falls is releasing on Amazon (and in KU) on Tuesday 18th June. A new edition of the series will be released every three weeks, so there won’t be long to wait! Hopefully, if everything goes to schedule, the final, 6th book should be released by 1st October 2019.

Ali: Would you share a small excerpt with us?

I just put the biggest fucking target on my back. I might as well walk down to the morgue, climb up onto a table, and wait for the inevitable. Hell, I’ll sign my own death certificate just to speed up the process.

My mind continues to scramble as all eyes watch on with interest, waiting for Noah to deliver his smack down. Not a sound rumbles through the cafeteria. Not silverware against the cheap china, not the lunch lady yelling at kids, not even the sound of one hundred kids breathing.

All I hear is the rapid beating of the pulse in my ears from the fear that’s quickly claiming me.

I shake my head as I try again. “I…” You know what, I’m already screwed. I might as well go out with a bang. “Well, that will teach you for putting your big fucking nose into someone else’s business.”

Noah looks taken back as he watches me. I might even go ahead and say that he looks impressed. “Excuse me?” he scoffs adjusting himself to face me more directly, really showing off his sheer size to appear like the scariest shit to ever come out of Haven Falls. But beyond that, he looks surprised to see at least one person in this school has the balls to give him attitude.

I straighten myself up and raise my chin, challenging him. This is the face of someone who has nothing left to lose and no doubt he senses that. “You heard me,” I tell him, ignoring the way his tall, muscled frame seems to hover and intimidate.

I pause for a moment waiting to see what he’s going to do. Those green, fuming eyes travel up and down my body before focusing on my face as a grin lifts the corners of his lips. I hate what he sees. Smudged mascara framing blue eyes that have nothing left to lose. Dirty hair and borrowed clothes. I’m a mess and no doubt, he’s about to point it out to the whole school.

“Well,” he says, appreciatively. “You’re a little spitfire, aren’t you?”

Sheridan Anne is a wife to a smart-ass husband, Mumma to two beautiful girls, twin sister, daughter, and friend who lives in beautiful Australia. Sheridan writes both romance and young adult fantasy books on a variety of topics and can be found on most days with her family or writing during nap time. To find out more or to simply say ‘hello’, connect with her on Facebook or Instagram.