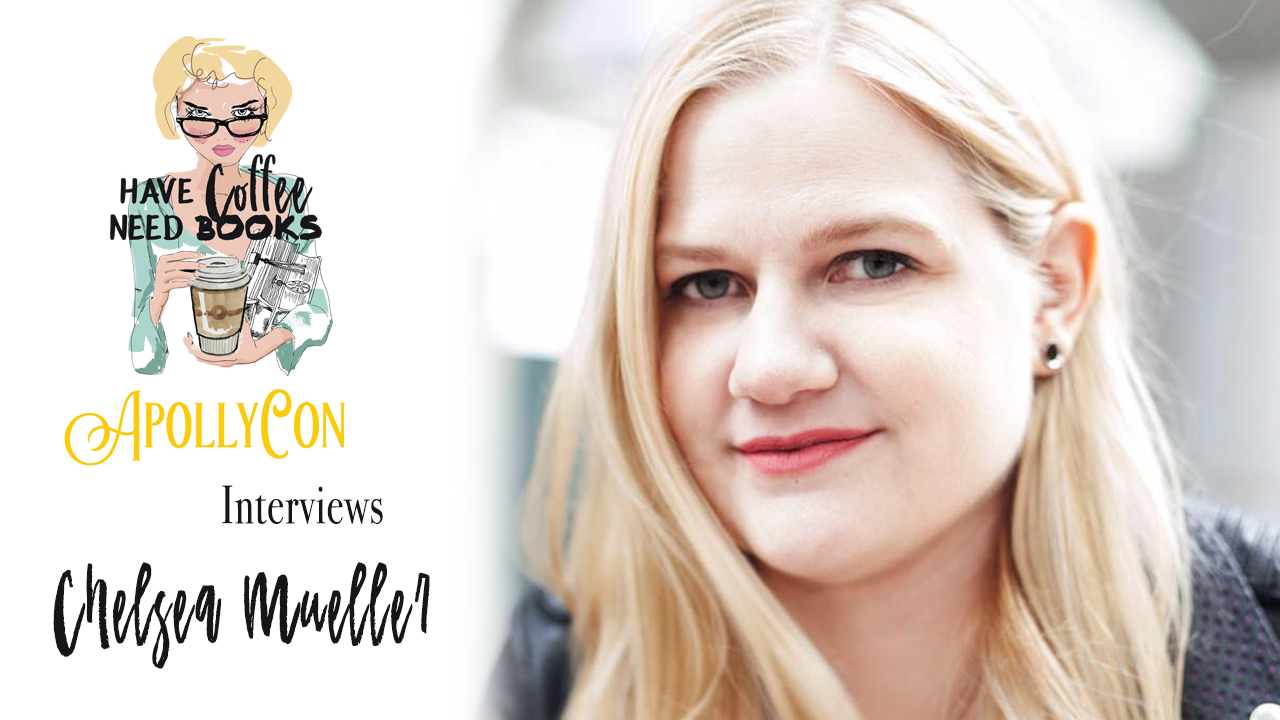 Want to know more about Chelsea Mueller’s Soul Charmer Series? I got the author to sit down with me to talk about Rogue Souls, the Soul Charmer World, and Callie and Derek being steamy. Check out this video to get the skinny straight from Chelsea Mueller.

Ali: Who are your main characters?
Chelsea: The heroine is Callie Delgado and the hero is Derek Shepard. Do you want to know more about them?
Ali: Go ahead.
Chelsea: Okay. So Callie, Callie’s kind of the rock of her family; her family is all about loyalty. And so she has one of those brothers that is always in trouble and she is always bailing him out. Because she’s that person in her family, like ‘I have to take care of everybody’, which is how she ends up meeting Derek. So she gets strong-armed into becoming, doing a favor of getting her brother out of a jam, to become a repo woman for these people who don’t return these rented souls from this creepy guy named the Soul Charmer.
Derek works for the Soul Charmer, they get partnered together. He’s the–kind of the enforcer-muscle type who ends up being her protection in this really gritty, crazy new world of soul magic.

Ali: What secondary character or side character did you write that had the most fun writing?
Chelsea: The Soul Charmer is the most fun to write. He is, he’s like an older, kind of gnarled man. And he thinks he’s really funny, and he’s really creepy. Like if you watched, umm Daredevil? If you saw Stick; the way he moves, and the way that he talks is very–a lot of people are like, ‘hey, he reminds me of the Soul Charmer’.

Ali: My blog is called Have Coffee Need Books.
Chelsea: Mm-hmm?
Ali: So the question I have for you is…
For someone who is reading your books, what would you recommend they drink while reading them?
Chelsea: Do you want me to recommend a coffee beverage? Or any beverage?
Ali: You could recommend anything.
Chelsea: Okay, so the perfect drink to drink when reading Borrowed Souls is vodka tonics. It’s always vodka tonics. Now you can use diet tonic, I do. It’s okay. But vodka tonics. Actually, there’s an opening line in one of the chapters in Borrowed Souls that is, ‘Vodka tonics are magical’, so… ideal drink.

Ali: And a hashtag recommendation for your book?
Chelsea: Well people use, there are a couple of hashtags that are popular. #SoulCharmer which is the name of the series is common. But a lot of people have started using #CallieandDerekareSteamy.

Recommendations Based on This Read:

And don’t miss your chance to enter the Chelsea Mueller giveaway!